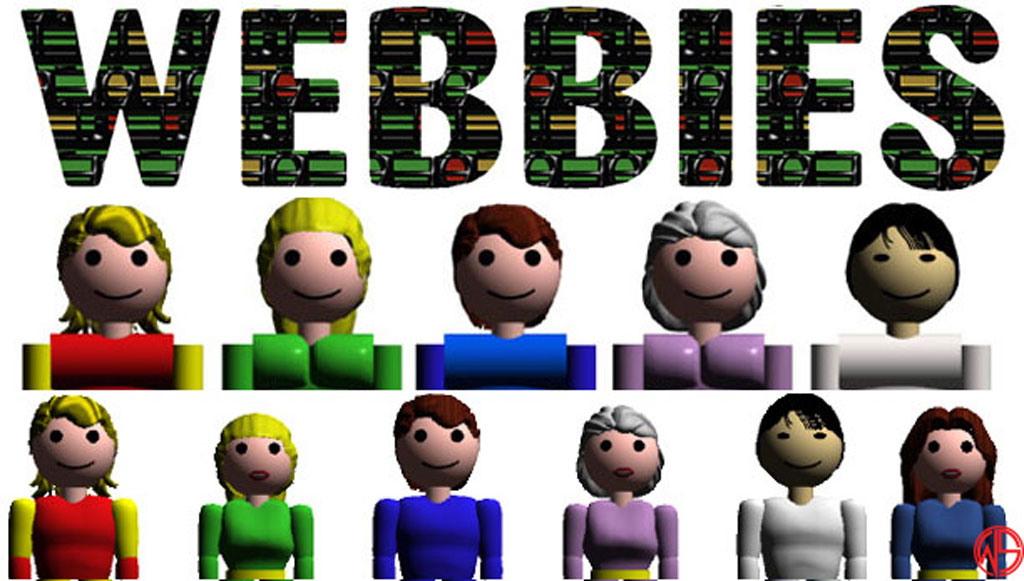 One seed for what grew into Webboids began in the 1950s and 1960s with a number of Artifical Intelligences (“AIs”) that appeared in books and media at the time. Robbie the Robot (from Forbidden Planet), Gort (from The Day the Earth Stood Still) and even later AIs such as HAL (from 2001: A Space Odyssey and Collossus (from Colossus: The Forbin Project) inspired thoughts of what computers and their programs might evolve into.

In 1978, Metagaming Concepts issued the game Olympica, by Lynn Willis. The game dealt with the United Nations raid on Mars, an attempt to shut down the Web Mind Generator that enslaved anyone who jacked their brains into the Web; the mental slaves were named, “Webbies”, and it seemed such a perfect name that it stuck with me.

In 1981, while working in isolation in the High Arctic, I purchased an Apple ][+ computer for gaming, writing and computer art (thank, Koala Pad!). I began jotting down notes about AIs — I shamelessly borrowed the name, “Webbies” —  popping up on a communications network, and by the middle 1980s (armed with the first model of the Macintosh) I began fleshing out the Webbies. Games like Core War — a game where two or more players wrote “battle programs” to fight for control of a virtual computer —  were becoming more and more popular, while around the same time the first computer viruses were being released “into the wild”. Creeper was a self-replicating program while Reaper was a program that was written to erase the Creeper code. At the same time, code was being written that would not only self-replicate, but evolve as well. I started moving the concept of Webbies away from AIs and towards Artifical Life (“AL”). The concept that the code could be alive, and evolve fit in perfectly with my characters. I viewed the Webbies as dependents of the Reaper code that had been release in an attempt to wipe out computer viruses; I called my Webbies “Hunter code”, as they were ALs that had evolved with one purpose — to seek out and destroy computer viruses (in the back of my mind was, of course, the irony that by being self-replicating and moving uninvited to a new computer system they were themselves, in fact, viruses).

In the early 1990s, I was exploring the world of 3D modeling and animation. To test the ability to import BVH animation files and apply them to a model, I created a simple figure using 3D primitives (spheres, cylinders, etc.) and the first digital Webbie was born. My children like the look (and still do) and I created a batch of them — male and female — and started to visualize my stories using them. The First Generation Webbies looked like this: 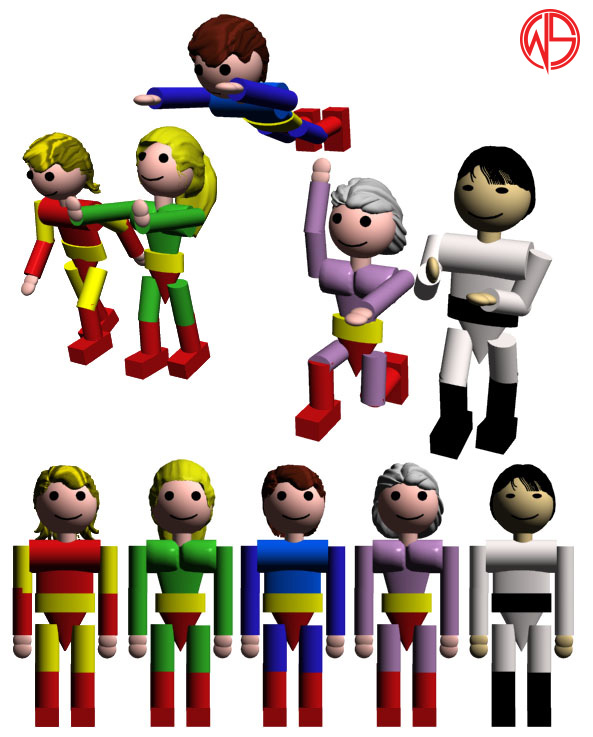 Around that time the TV show Reboot hit the scene, and I was amazed to see what be done with the medium. While Webbies and Reboot shared some common bits, the overall concepts were actually quite different, and the Reboot was a family favourite.

As home computers became both cheaper and more powerful, I felt that I could afford to evolve the Webbies into less primitive forms It was then that disaster struck.

In attempting to evolve my characters into a Generation 2 form, I made some… mistakes. The Generation 2 Webbies were — to put it delicately — hideous (monstrous, horrible, terrifying, they all fit). They were misshapen beyond imagination. Looking at them, I finally understood what Lovecraft means when he tried to describe areas of “wrong space”, where there are no right angles, and everything feels “off”, or “space has folded in on itself”. Imagine animations you’ve seen where in an attempt to mimic life the animators and artists have strayed into the “Uncanny Valley”, then multiply that feeling of wrongness you get when you see their creations and magnify that by twenty or thirty times — that’s Generation 2 Webbies. To this date, I’ve never shown anyone,.

After a number of shudders, I moved onto Generation 3, smoother, a little more cleanly formed, but still pieces stuck together in ball-joint form: 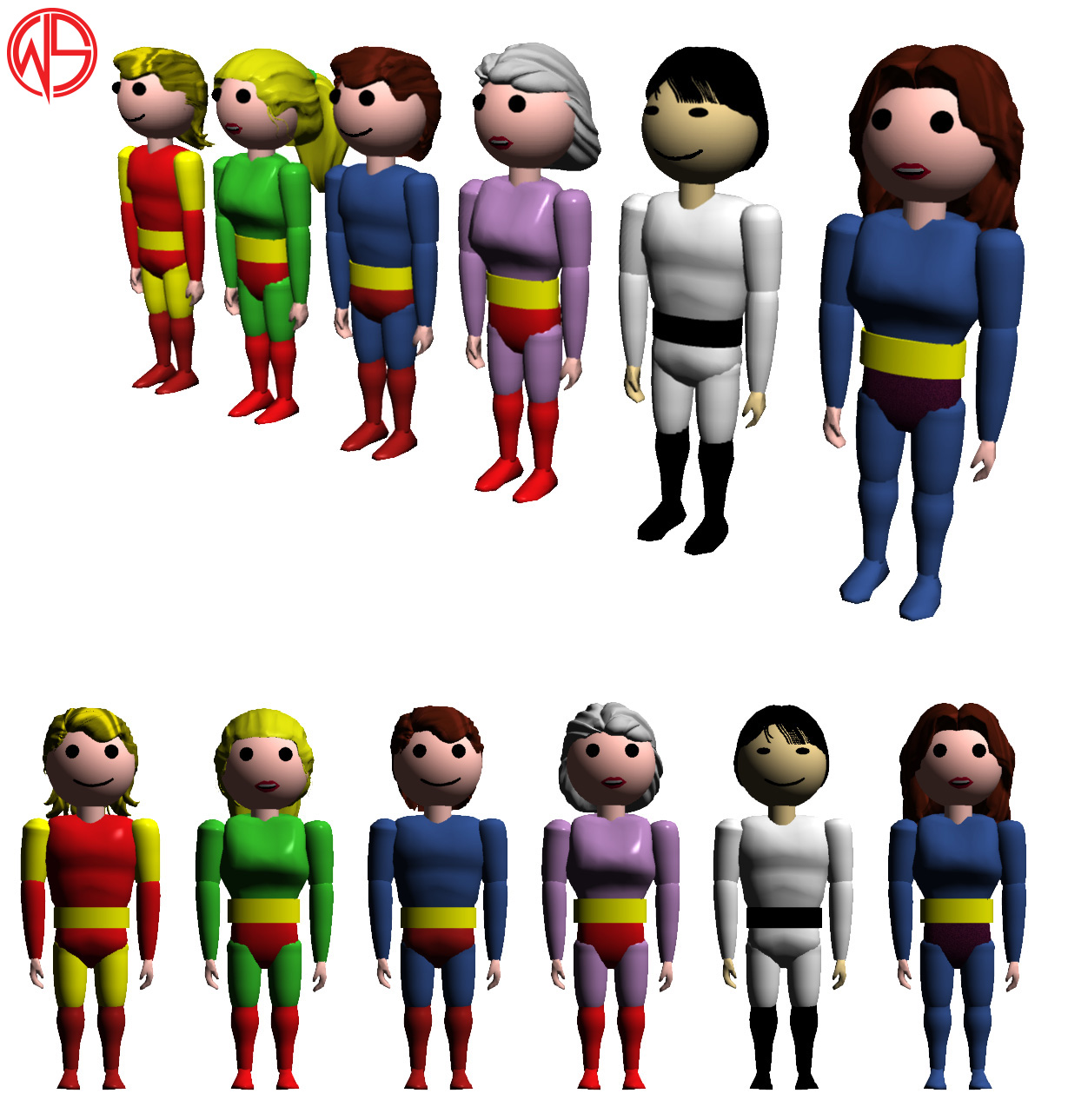 Little things remained the same — simple heads with painted-on mouths, no noses (there’s no “smell” on the internet”) but still the same basic “feel”. Over time, evolution progressed and slight tweaks and adjustments were made; the forms were fine-tuned to add detail, a nose was added because I needed one for goggles to sit on, etc. The Webbette below was created as an homage to the cover art for the Apple ][+ game, “Galactic Gladiators” by programming genius, Tom Reamy: 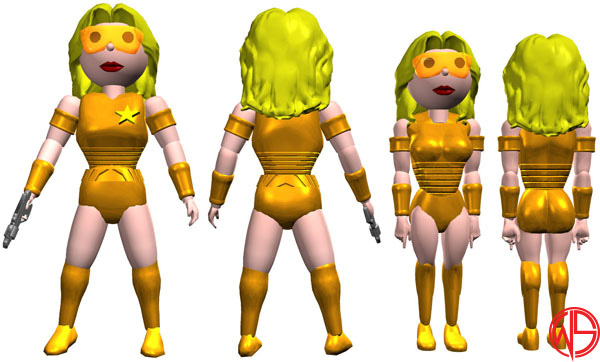 Oh yeah, I almost forgot. Here’s a couple of samples of those first test animations created by importing BVH files into Infini-D and rendering. Pretty small and primitive, but they were the first 3D animation I ever attempted… and it was the 90s, after all…

At this point, Webbies were still Webbies (and not Webboids), and better, much cooler software was coming out constantly

With Generation 3 Webbies firmly in place, it was time to explore a bit. And thus ends Part 1. 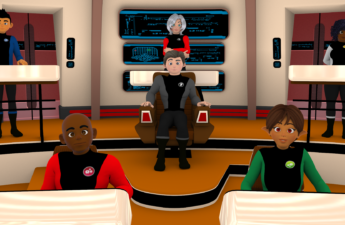 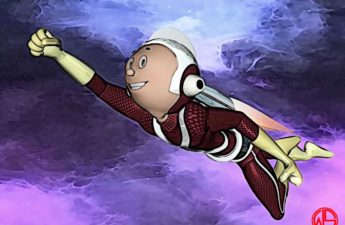 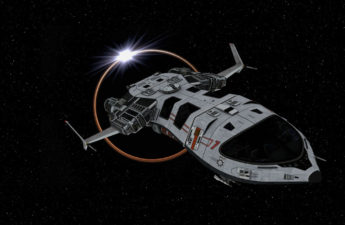 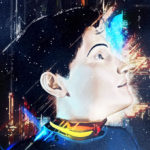 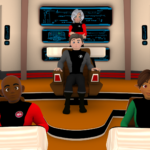 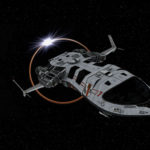 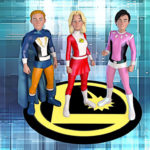 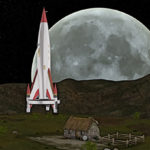